When you study in Sweden, you’re encouraged to think independently, creatively, and critically. You’ll develop your ability to question the status quo by assessing information, seeking new perspectives and coming up with well-informed opinions. You’ll be free to think creatively because of the informal and non-hierarchical nature of Swedish society, where everyone is encouraged to contribute ideas and opinions.

Independence of mind and the fact that everyone can make their voice heard are two of the reasons why Sweden ranks among the world’s most innovative nations. Another is that investment in research is among the highest in the world in relation to GDP.

Sweden’s status as a leader in innovation and a home of trendsetters and early adopters is nothing new: the list of Swedish world-changing inventions is a long one and includes the seatbelt, the pacemaker, and the music service Spotify. Which one of your brilliant ideas will Sweden help make a reality?

Coursework Is Challenging – In A Good Way

Sweden has a long and proud history of academic excellence, and despite its relatively small population, it’s home to some of the world’s best universities. The entire Swedish higher education system is ranked as one of the best in the world, and several Swedish universities are ranked by the Times Higher Education and the Academic Ranking of World Universities as being among the world’s best.

In Sweden, you’ll find a strong focus on rationality, reason, and applying knowledge so that it makes a real difference. Look no further than the Nobel Prize, the world’s most prestigious academic distinction, for an illustration of the Swedish approach.

As a student, here you’ll become part of this tradition of academic excellence. Just don’t expect to passively receive information: you’ll be encouraged and challenged to contribute, speak your mind and take your education into your own hands.

Swedish universities are well-adapted to the needs of international students, and Sweden consistently ranks in the top three in the world for English proficiency. You’ll be able to use English with everyone you meet, from the classroom to the city centre.

Sustainability And The Environment Are In Focus

If you’re concerned with sustainable development for a greener future, you’ll feel right at home in Sweden. Environmental issues are a high priority here, and Sweden has been named the most sustainable country in the world for its use of renewable energy. Sweden is aiming for 100 percent renewable energy production by 2040.

Environmental thinking and sustainability are a part of all aspects of life here, including education. Studying here will give you the chance to draw on Sweden’s deep environmental experience and apply its sustainable approach to your own chosen field.

And it’s not hard to see why Swedes are so keen to protect the environment: nature here is breathtaking, with huge forests, beautiful beaches, and snow-capped mountains. Sweden’s 29 national parks and nearly 4,000 nature reserves offer you the opportunity to ski, hike, fish, swim, and mountain bike.

Equality And Diversity Are Central To Swedish Society

Swedish society is known for its inclusiveness and equality – you may have heard Sweden referred to as the most equal country in the world. It consistently places among the world’s top countries in gender equality, while lesbian, gay, bisexual, and transgender (LGBT) rights in Sweden are regarded as among the most progressive in the world.

The belief that everyone is of equal value contributes to Sweden’s consensus approach to getting things done, where everyone takes part in the decision-making process. During your studies, you’ll learn how to balance different interests, needs, and ideas to bring out the best in everyone and solve complex issues as a team – vital skills for your global career, where teamwork across cultures is the norm.

What’s the most important thing you’ll need for success in your career? According to a global study of CEOs, it’s creativity. And creativity is exactly what studying in Sweden will foster, along with other in-demand skills such as how to combine theory and practice, and how to navigate complex situations where there’s no easy solution.

Many degree programmes in Sweden include internships, which are a great way to get real-world experience while you build your professional network. If you’re interested in research, doing a master’s in Sweden can be a great way to make the contacts you’ll need to carry on and do a Ph.D.

The fact that Sweden is home to the largest number of multinationals per capita of any country in the world and is the birthplace of many world-conquering companies – including IKEA, TetraPak, Volvo, Ericsson, AstraZeneca, and H&M – means that getting on the career ladder here can really take you places. Should you receive a job offer while you’re still studying here, you can apply for a work permit and enjoy the work-life balance that Sweden is famous for.

So Sweden is green, creative, equal, and open. What else should you know before you decide to study here?

Everyone speaks English – Sweden regularly ranks as one of the top countries in the world for non-native speakers of English. That means you don’t have to speak any Swedish to study here.

Public transport is widespread, and it works. Sweden’s extensive network of buses, trains, subways, trams, boats, planes, and more can take you anywhere you want to go, car-free. International students can work in Sweden. Though your studies are your number-one priority, there’s no legal limit to the number of hours international students can work during their studies. After completing your studies, you can apply to extend your residence permit to look for work for up to six months. (If you do want to work, learning Swedish is important – it’s often a requirement for jobs). Sweden is clean and safe, and the standard of living is high.

Ready to get started? We thought so.

20 HOURS PER WEEK AND FULL- TIME IN VACATION

BACHELORS AND MASTERS APPLICANT DEPENDENT CAN GET FULL-TIME WORK PERMIT

CAN APPLY AFTER 5-YEARS INCLUDING STUDY DURATION 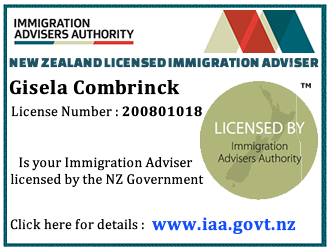